Father Timothy Costello is a priest of the Society of Mary. After some years of parish ministry, he studied at the Pontifical Gregorian University in Rome for the Licentiate (1985) and Doctorate (1998) in psychology. He was a full-time lecturer at the Gregorian University from 2002-2013 attached to the Institute of Psychology, the Centre for the Preparation of Seminary Educators and the Faculty of Canon Law (Jurisprudence). He was a peritus at the Eighth Synod of Bishops (1990) on the formation of priests.  In recent years he contributed to the professional training of staff at the National Seminary of the Catholic Church in China (Beijing). He is currently lecturer in pastoral theology and ministry at Te Kupenga – Catholic Theological College.

SO YOU WANT TO STUDY 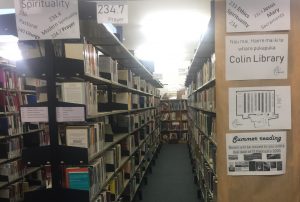