Lyn was born in Yorkshire (England) and has taught Religious Education at Secondary level for 20 Years in England and New Zealand. Since 2004 she has been teaching teachers in Auckland.

Lyn is passionate about having well qualified RE teachers in our Catholic schools and about Catholic Social Teaching, which is her area of further study. She divides her time between Te Kupenga, lecturing in the New Zealand Certificate in Christian Studies Religious Education papers, and with NCRS, working on project development at both a national and local level.

Lyn is on the parish council and is one of the Safeguarding contacts and coordinates the Sacramental programme. She was the National Moderator for Religious Studies for NZQA, NCEA levels 1-3 from 2012-2019, having first been a NZQA Moderator since 2008.

Lyn is also the Secondary Religious Education Advisor for the Catholic Diocese of Auckland.

Lyn is married to Bruce, has a step son and 4 wonderful grandchildren. In her spare time, she loves to play winter and summer hockey, drive her Landover, read Gothic horror novels, write poetry, listen to heavy rock, get tattoos and cuddle her 5 cats and 3 rabbits.

Smith, L. (2019) We are wonderfully made in the image and likeness of God: WelCom

Smith, L. (2017). Why is everyone talking about Catholic Social Teaching these days? NZ Catholic.

Smith, L. (2014). Catholic Social Teaching in the School Setting. In N. Darragh (Ed.) But is it Fair? Auckland: Accent Publications.

Birch was previous surname before 2009: 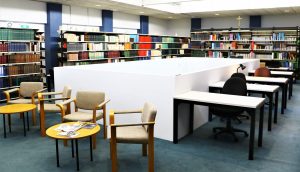